↓ Skip to Main Content
Home › news › Wish you were here

Wish you were here

Jon and Danny Posted on February 14, 2016 Posted in news No Comments Tagged with thanks 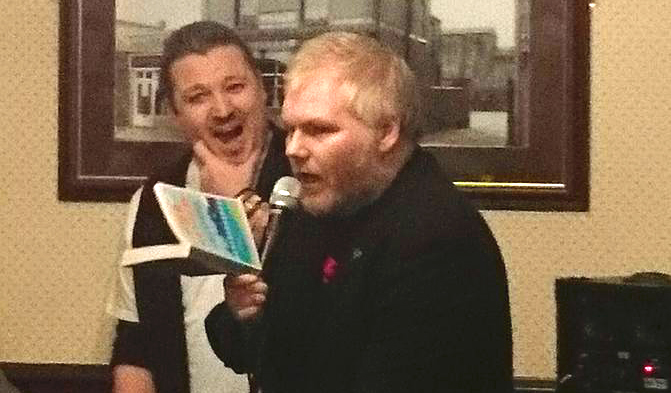 We survived the nerves to launch the book, as you can see from the picture. We really had a lovely time and hope everyone who came enjoyed it — and those that took a book away with them, we hope you enjoy that too.

Thanks especially to Libby and Caroline, who amongst other things put together a fabulous quiz about piers — that we almost came first in, almost.

So what next? Well, we’ve a good few bits of publicity to do: including an appearance at Ignite Birmingham in a week or so and we’ll hopefully see a few reviews in the media. We’ve already had a few on Amazon, and you wouldn’t believe just how much that helps: so if you want to add one that would be smashing.

If you’re interested in how the book became a book, from the first idea to publication, then we’ve written quite a mammoth article about that over on Medium which you may like.

If you’d rather something quicker, there’s a run through of the oddest things we saw on our trip, on Buzzfeed, where you’ll also find a quiz about checking your pier experience — how many have you visited?

We’ve also written a piece for Area, and Danny has been interviewed, and both Dan and Jon have written other little bits.

And if you’re reading the book now — why not try our ‘soundtrack LP’ which is over on spotify, all the music we were listing to on the way round the coast and all that which is mentioned in the book.

And, it is in the shops. We’ve seen evidence. 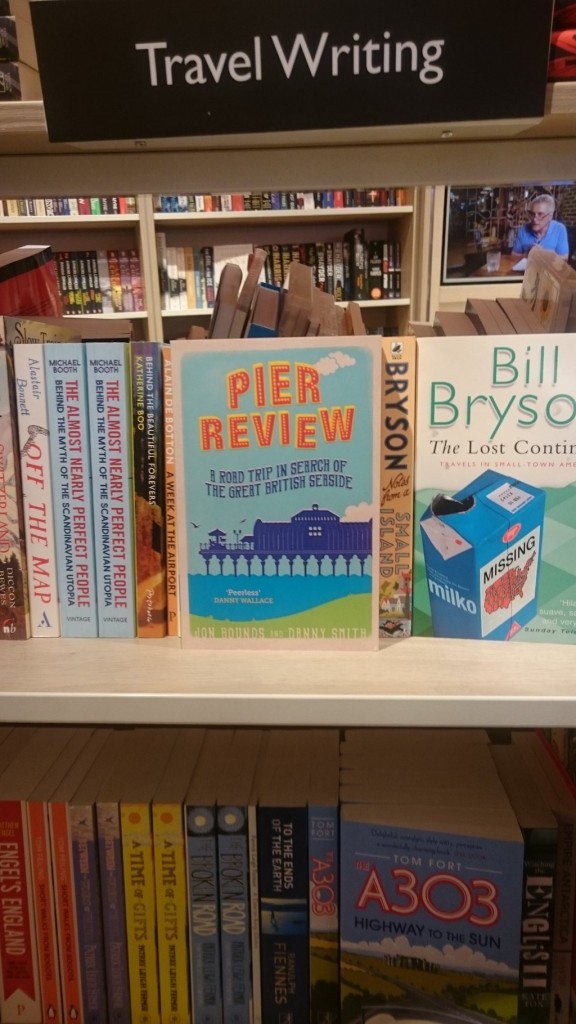 Thanks again to all those who’ve helped, all those that have expressed belief in this adventure and resulting book. That includes Harry Vale, Margaret and Richard Moorhouse, Pete Ashton (who also refused to come along to take photos), Ben Whitehouse, Laura McDermott, Brian Simpson, Nat and Julia Higginbottom, Louise Carrier and Mark Hill who backed the original crowdfunding bid, getting us on the road.

We didn’t notice missing an entire pier out on the south coast and doubling back. We didn’t notice doing it, nor after writing about it, nor even editing: in fact if it wasn’t for our agent Joanna Swainson we’d still be thinking “blimey all these roads around Herne Bay look the same.” For that, and every other bit of valuable advice and help, and for believing that this was worth it, Joanna, thank you.

And of course we would like to thank  Midge (and you can read his secret diary of the trip here), without  whom if we did it at all we’d have probably done it at a higher speed. You’re a lovely man.